Synthedia creates synthetic LC-MS/MS data that mimics real data but with a composition that is exactly known. Currently, synthedia support the creation of Data-Independent Acquisition (DIA) style data wherein fixed, large m/z windows are sequentially isolated for fragmentation. We have focused on creating DIA data to date since the complexity of the analysis preformed by processing tools is substantial and the impact of different acquisition methodologies on the eventual outcome is somewhat more difficult to predict.

To simulate DIA data with Synthedia, a set of peptide precursors and fragments must be supplied. This can be given as either a Prosit library, or MaxQuant search results files from the analysis of data-dependent acquisition (DDA) data.

Prosit is a machine learning-based application that predicts MS/MS fragmentation patterns for input peptide sequences. Input sequences can be arbitrary and do not necessarily need to originate from any specific organism or protein. Prosit will generate an output file that contains predicted abundances for peptide sequence ions.

Once processing is complete, the resulting file can be used with Synthedia

When Prosit inputs are given, Synthedia models peptide precursor abundances using a Gaussian distribution of Log2 instnsities which approximates the disributions typically observed upon anlysis of real data. The parameters of this distribution (mean and standard deviation) can be specified with the --prosit_peptide_abundance_mean and --prosit_peptide_abundance_stdev parameters which have defaults of 22 and 3 respectively.

As an alternative to Prosit, Synthedia can read and simulate DIA data based upon the MaxQuant processing results of a file acquired using a Data-Dependent Acquisition (DDA) strategy. In this case, peptide fragment ions are generated based on the matched ions for a PSM reported in the MaxQuant msms.txt file from the Masses and Intensities columns. Note: these are only those fragment ions that MaxQuant assigns as matching a given peptide - they may not necessarily provide a 'full' sequence coverage and may not be correctly assigned in some cases.

LC-MS/MS analysis of bottom-up proteomics samples can be complicated by the presence of ions derived from non-peptide sample contaminants. To mimic this, decoy ions can be simulated together with peptide signals by specifying a decoy database in NIST '.msp' format. See the section 'NIST Text Format of Individual Spectra' in this document for details on the .msp format.

Custom .msp files can be specified or pre-prepared files can be dowloaded from MS-DIAL. In this online implementation of Synthedia, if decoys are requested but no MSP file is given, the "All public MS/MS (13,303 unique compounds)" file from MS-DIAL is used.

The number of decoy peaks to simulate, as well as the maximum number of fragments to simulate per decoy, can be specified throught the command line arguments num_decoys and simulate_top_n_decoy_fragments.

DIA-LC-MS/MS data can be acquired in many ways. The default invocation of synthedia creates non-overlapping, 30 Th windows between m/z 350 and m/z 1600. To simulate data using different DIA acquisition strategies, a file defining the acquisition schema can be supplied. An example acquisition schema file and blank templates can be downloaded from the resources tab.

Compatibility of Synthedia mzML files with other software

The mzML files generated with Synthedia have been tested with:

The mzML files are known to not be compatible with MaxQuant (at least as at MaxQuant Version 2.0.3.0)

Notes about the resulting data

In a real experiment, all peptides from an up-regulated protein should be observed with increased abundance compared to a control group. Synthedia models ion abundances at the peptide level only. This means that, in the case of a two-group simulation, peptides from the same protein may have very different (even opposing) directions of abundance change between groups. This is primarily because the Prosit input type (which is preferred) does not contain mappings between peptides and input proteins and we wished to maintain the ability to simulated arbitrary peptide data.

As a result of this, if mzML files generated with synthedia are analysed with DIA analysis software, the main comparison in abundances should be made at the peptide level.

While we have endeavoured to provide a range of options that allow for simulation of a broad range of chromatographic and mass spectral variables, many experimental processes are not modelled which will cause deviations between simulated and real data. As such, users are warned that simulations with Synthedia do not completely re-create experimental complexity and should be used as an investigational tool only.

As an example, Synthedia offers the capability to simulate the same set of precursors as if acquired on different length chromatographic gradients. This means that data acquired on a lengthy gradients could be reconstructed to approximate acquisition on shorter gradients. In these cases, Synthedia simply models spectra containing signals from many peptides as a simple superposition of their individual signals. In reality however, ion supression effects would result in data that may look substantially different from that which would be produced if a comparable experimental workflow were to be executed.

Depending on your dataset and parameters, simulations can be quite time consuming. For this reason, some restrictions are placed on the data that can be simulated with this web implementation of Synthedia. These are:

If you wish to run a simulation that exceeds these, either download and run Synthedia locally, or contact us to arange a collaboration.

As a rough guide, the simulation of 37,000 precursors in full centroid mode takes approximately 15 minutes per mzML file.

If you notice bugs or have suggestions for improvements, please contact us here or email us

A symthedia data simulation produces a range of output files. These are described below:

The columns in the peptide_table.tsv output file are described below:

The mzML files produced with Synthedia can be viewed in many different freely available software such as TOPPView package which is part of OpenMS. 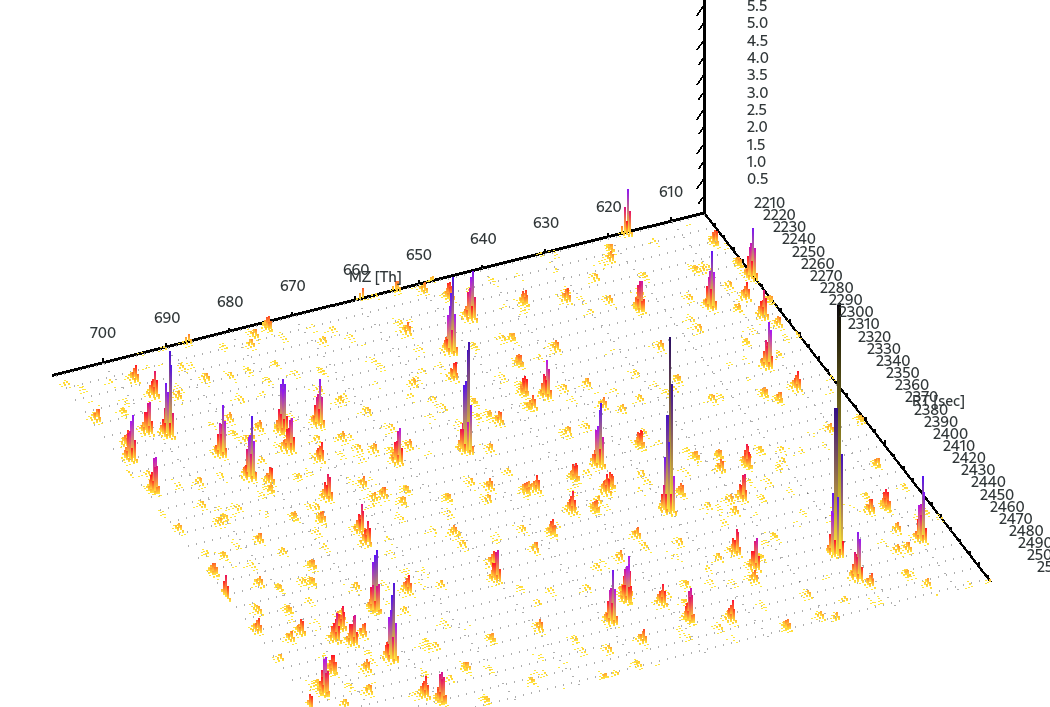